MemTrax had the honor of being on the Alzheimer’s Speaks radio talk show, recognized as the the #1 online influencer of Alzheimer’s by Dr. OZ and Sharecare. Over the next few weeks we will transcribe the radio show so you can read the important information discussed. Please share this information with your friends, families, and loved ones, as we find out Alzheimer’s truly is the silent disease. We hope you enjoy this blog series and hope this information can be valuable for you as we try to better understand Alzheimer’s disease and the progression of research. This radio interview is between Lori La Bey, Dr. Ashford, and me, his son Curtis Ashford.

Part 1 : Introducing the Doctor behind MemTrax

Well Hello Every one and welcome to Alzheimer’s Speaks radio! We have a special show today, we have a fantastic show lined up today, and I am hoping that you will all share this information with your peers. I think you will find it very informative to say the least. Today we are going to be talking with Dr. Ashford with MemTrax and Curtis Ashford with MemTrax, which is a new measurement system for memory and really helps with screening people.

For those of you that are new to Alzheimer’s Speaks I will just give you a little bit of background of who we are and why we do what we do. My mom dealt with dementia for 30 years, she started in her mid 50’s and just recently passed away at the age of 86, so more than half of my life has been dealing with this disease. I call myself an advocate on steroids to try to make change. I think we have to get very innovative, I think we have to share information and knowledge around the world if we are going to put a dent in this disease and help people live fully. I created Alzheimer’s Speaks as an advocacy based company which provides multiple platforms to shift our dementia care culture from crisis to comfort around the world. We truly believe that by joining forces by joining forces and sharing knowledge and just having these everyday conversations like we do here at Alzheimer’s Speaks radio that we will begin to remove the stigmas attached to memory loss and help people living with the disease, live with purpose, as well as those who are caring for them. At our core we believe collaboratively we can win this battle. I know collaboration is working in its highest power because we were recognized by Dr. Oz and Sharecare as the #1 influencer online for Alzheimer’s disease and let me tell you we did not do that alone. Alzheimer’s Speaks is a 1 woman show its me, Lori La Bey, and its your likes, your clicks, your tweets, that have put the power behind us by the sharing of information. If you haven’t done so already I encourage you to like the show and share it with your twitter account, Facebook, Google friends, an email list, whatever it is because you never know who in your community is dealing with this disease in silence. You would be shocked, but the more information we put out there, the easier it will make it for people to reach out when the time is right for them. 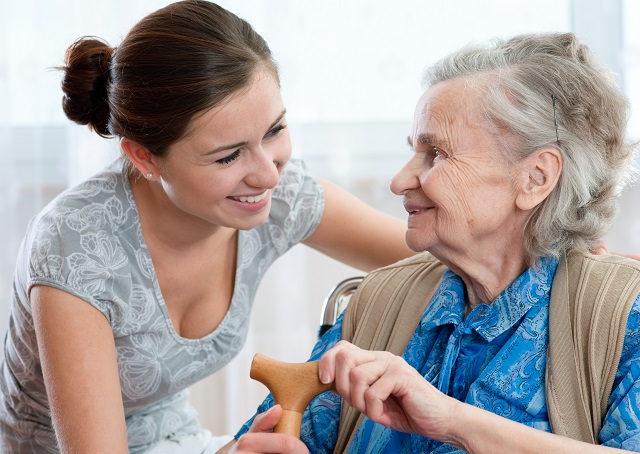 Are your parents struggling with dementia?

Let me introduce our first guest here, Dr. Ashford, graduated form the University of California, Berkeley and completed his MD and PhD degrees at UCLA. His PHD dissertation was a finalist for the Lindsley prize for the best behavioral neuroscience dissertation for the Society for Neuroscience in 1984. He will be telling us some fascinating information, very exciting news that just came out today, once I introduce him.

He is also the chair of the Memory Screening Advisory Board for the Alzheimer’s Foundation of America, which coordinates the National Memory Screening Day initiatives. Actually, Healthstar the company I was mentioning, they used their memory screening tool and screened over 2,200 people and engaged over 14,000, and it wasn’t fear based, it was very powerful.

Dr Ashford has now developed a computerized memory measurement system to screen for memory problems, dementia, and Alzheimer’s disease called MemTrax. The memory test is really interesting, its engaging, its challenging, and it has potential to efficiently screen for the earliest signs of Alzheimer’s disease. Further, it is inexpensive, and it’s a practical test to be used by nearly anyone.

Welcome Dr. Ashford how are you doing today?

I am very well, and I am very excited as you mentioned. I woke up this morning to my radio to hear that the Nobel prize for physiology and medicine was awarded for studies of the brain. One of the things they mentioned was that John O’Keefe from Britain, was in one of the two groups that won it. The reason I am so interested in this is that I referenced his work in my PhD dissertation in 1984, and was very much affected by this. His Nobel prize that was awarded today was for describing cells in the area of the brain called the hippocampus, people get confused when you use the word hippocampus, it basically means seahorse. It is a little structure in the middle of the brain that is absolutely essential for forming new memories. 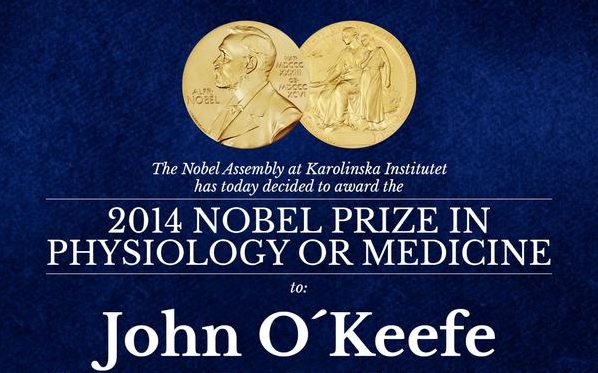 That’s all for today! We will continue the radio talk show discussion next time here on the MemTrax blog. We want to provide all this information in smaller segments so it is easier to consume and reference. Stay tuned for lots of great information from our personal dealing with Alzheimer’s in the family, research directions, and ways to take preventative and proactive approaches to dealing with dementia.