Looking to keep your brain healthy and protect it from diseases like Alzheimer’s and dementia? Check out the MIND diet! This hybrid of the Mediterranean and DASH diets focuses on food groups that can boost your brainpower. Follow it and you may enjoy better cognitive function now and in the future.

Is the MIND diet good for weight loss?

We all have heard the old adage: “What’s good for the body is good for the mind!” The MIND diet takes that concept to a whole new level and is focused on boosting brain and cardiovascular wellness instead of counting calories to achieve the desired outcome. This diet also emphasizes the use of protein, fruits and vegetables, and your calorie intake will likely be reduced by changing your diet.

What foods are on the MIND diet?

During the MIND diet you will need these foods and if going Organic you can avoid the harmful pesticides and chemicals used in mass production.

Nuts (a handful of nuts per day)

Wine (one glass per day with meals)

What are the Brain Health benefits of Brain Food? Lower risk factors and commit to diet strictly and notice lowering blood pressure, preventing mild cognitive impairment, enhance brain function… the dash and Mediterranean diets can guide you into more healthy eating patterns. DO something for your Brain Health profile by getting on this healthy diet and save some brain cells while you are at it! It’s also linked to a reduced risk of Alzheimer’s disease and other age-related cognitive decline. Additionally, the MIND diet

This is a diet that promotes consumption of certain meals and avoids others. Using the ingredients found in other dietary habits promotes healthy eating, which reduces the risk of Alzheimer’s. Cognitive impairment describes sluggish memory processing. Although most are inclined to think of it as normal in aging, it isn’t inevitable. In 2021 a brain disorder caused by Alzheimer’s was ranked 6thTrusted Source.

What the Science Says:

The diet pattern has a protective effect on cognitive decline and incident dementia, according to epidemiologists’ reports on the prevalence.2 Recently, reports on secondary analysis were released to promote support. Several patients with cardiovascular problems received counseling from an anti-virus drug whose efficacy was high in the PREDIMED randomized trial.

Researchers studied 115 adults from the Rush Memory and Aging Project (MAP) who lived in the Chicago region as well as the surrounding cities. The Open-Cohort Studies started in 1997 with annual clinical neurological exams as previously described. 6. Between 2003 and 2013, the participants in the study completed Food frequency questionnaires. Over the course of this study, 15545 elderly people died and 159 were withdrawn from the diet study before the diet test. This left 13606 participants able to participate in the analysis of the diet and an incident AD.

Non-dietary factors in the analysis were extracted from structured interviews and measurement results from baseline clinical assessments by a sample. Age is determined from self-reported date on baseline cognitive evaluation. Education Year means regular schooling. The genotyping was carried out with high throughput sequences as previously mentioned. Participation in cognitive stimulatory activities was measured using a 5-point scale and the frequency averaged for different activity categories (reading, gaming, play letters, or visit to the library). 13.

Our results show that eating diet and age are associated with a diagnosis of Alzheimer’s disease. We compared two different dietary patterns to one another using age-adjusted and base adjusting. The base model included potentially confounding factors that were the main evidence that Alzheimer’s disease was associated with age. Total calories were also included because they had an impact on diet as potential confounders. The analysis incorporates more co-variance’s into the basic-adjusted model.

Clinical diagnosis is determined by the previous annual assessment as described below. He analyses data gathered in a clinical trial using structured brain imaging and clinical history, and cognitive performance testing in combination with algorithms that assessed cognitive impairment. Its diagnosis is based on the criteria set forth by the National Institute of Neurological and Communicative Disorders and Stroke and by the Alzheimer’s Disease & Related Disorders Association.

Diet score calculations based on questionnaire responses to semi quantitative food frequency questionnaires have been validated for the older Chicago communities. Participants have reported typical frequency of consumption for the past 12 months of 144 items. The nutrition and energy level in all foods were either measured from calories consumed or from age and gender-specific portions. Table 1 identifies the nutritional composition of a diet and the maximum score.

Studies focuses mainly on the MIND diet, and shows that more consistent consumption of a general food diet can prevent AD. In the lowest tertile, the rate of AD was slowing by 53% in those who scored the highest MIND Scores while the lowest score dropped by 35% to 35% in the middle tertile. The expected effects were independent of other lifestyle habits and cardiovascular conditions. It appears even minimal adherence to the MIND diet can significantly improve AD symptoms.

In another report, MIND dietary habits were more predictive of slow cognitive decline than Mediterranean and ASH diets. The present study examines the correlations between a diet-based dietary pattern and an autoimmune disorder, Alzheimers. MIND and Mediterranean diets showed correlative protective effects with AD, suggesting MIND does not specifically affect Alzheimer disease pathologies. This research shows that dietary recommendations are possible, but further diet modifications may increase the role for prevention in AD.

Does the MIND diet really work?

Study after study showed people whose food intake remained low remained a healthy source and had fewer risks of Alzheimer’s disease by 44% in a year compared with non-non-natives. Those following the diet moderately reduced their risk of developing the disease by 65%. The MIND diet was developed by Martha Clare Morris, a nutritional epidemiologist at Rush University Medical Center in Chicago, who wanted to create a diet that would protect against Alzheimer’s and cognitive decline.

Foods to avoid for the MIND diet include:

-Butter and margarine (limit to less than one tablespoon per day)

-Cheese (eat less than one serving per week)

-pastries and sweets (eat less than five times per week) 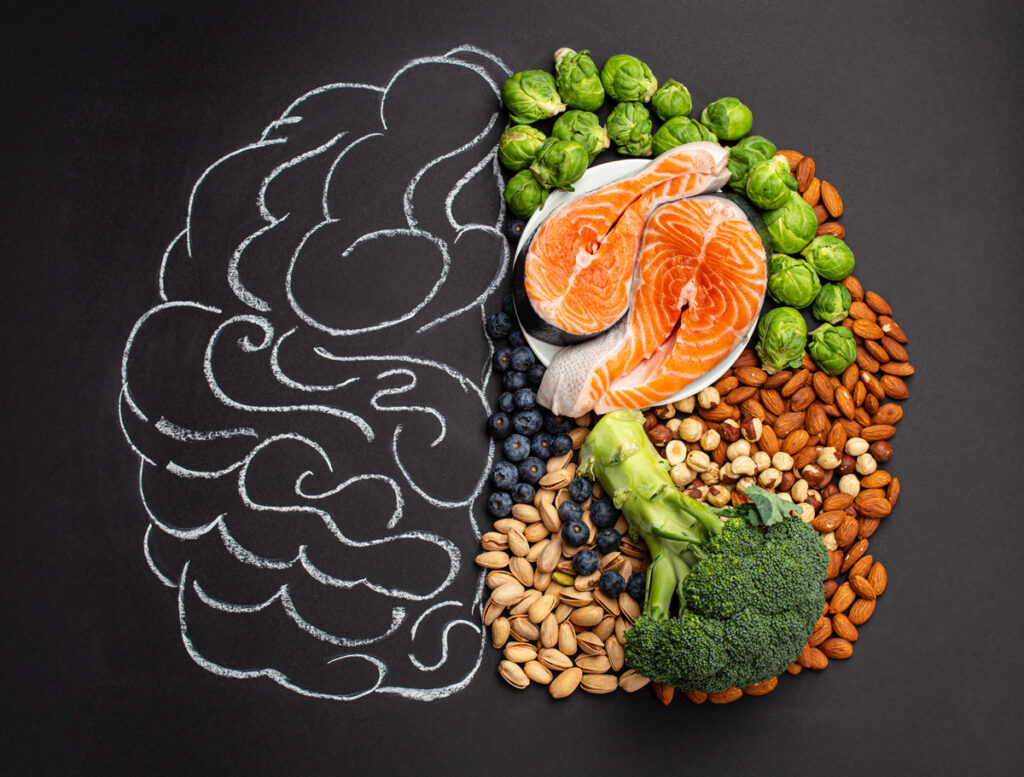 The MIND diet is a brain-healthy diet that’s based on the Mediterranean diet and the DASH diet. It focuses on foods that are good for your brain and may help protect it from age-related problems like Alzheimer’s disease. Interested in following the MIND diet, talk to your doctor or a registered dietician to get started. They can help you create a plan that fits your individual needs and lifestyle. A healthy diet is an important part of living a healthy lifestyle, and the MIND diet is a great option if you’re looking for a brain-healthy diet to follow.

The MIND diet stands for Mediterranean-DASH Intervention for Neurodegenerative Delay. It’s a hybrid of the DASH diet (Dietary Approaches to Stop Hypertension) and the Mediterranean diet, and it focuses on food groups in each diet that can boost your brainpower and protect it from age-related problems like Alzheimer’s disease.