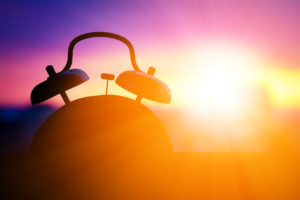 Personalized treatment could set back the clock on memory loss

Results from a small trial of 10 patients using individualized treatment showed improvements across brain imaging and testing, including the use of MemTrax. The study was conducted by the Buck Institute for Research on Aging and the University of California, Los Angeles (UCLA) Easton Laboratories for Neurodegenerative Disease Research. The results can be found in the journal Aging.

Many treatments and approaches have failed to address the symptoms, including memory loss, related to the progression of AD and other neurodegenerative diseases. The success of this study marks a milestone in the battle against memory related disorders.

This is the first study that objectively shows memory loss can be reversed and the improvements sustained. The researchers used an approach called metabolic enhancement for neurodegeneration (MEND). MEND is a complex, 36-point therapeutic individualized program that involves comprehensive changes in diet, brain stimulation, exercise, optimization of sleep, specific pharmaceuticals and vitamins, and multiple additional steps that affect brain chemistry.

Six of the patients that were included in the study had needed to discontinue working or were struggling with their jobs at the time they began treatment. After the treatment, they were all able to return to work or continue working with improved performance.

While encouraged by the results, the author of the study Dr. Dale Bredesen admits more research needs to be done. “The magnitude of improvement in these ten patients is unprecedented, providing additional objective evidence that this programmatic approach to cognitive decline is highly effective,” Bredesen said. “Even though we see the far-reaching implications of this success, we also realize that this is a very small study that needs to be replicated in larger numbers at various sites.” Plans for larger studies are underway.

“Lives have been dramatically impacted,” Bredesen told CBS News. “I’m enthusiastic about that and continue to evolve the protocol.”

This study demonstrates that the steps that you take for your brain health can make a considerable difference. For ideas on how you can keep your brain healthy, take a look at some of our other posts: