Head injuries can range from a bonk on the head to a severe trauma. This type of injury can come from a scrape on the scalp, break in the skull or damage to the brain. Even though it may seem minor, any harm to the head should be taken seriously. Keep reading to learn more about head injuries and their symptoms.

This type of trauma occurs any time the head receives a scrape, bruise or other type of damage. The most common cause of head injuries come from:

Though brain injuries from shaking typically occur in infants, adults can experience this too.

What Are the Types of Head Injuries?

As mentioned above, any type of damage done to the head and brain is extremely serious. Here are some of serious types of head injuries.

What Are the Symptoms of Head Injuries?

Symptoms of head injuries can happen immediately or may take a few days to show. This is why it is important to watch for new or worsening problems. Here are common red flags for minor and major injuries:

Knowing the different types of head injuries and their symptoms can help prevent worsening and severe problems. Hitting your head, whether minor or major, can lead to memory and cognitive function disorders that can impact the rest of your life. If you’ve ever hit your head, tracking your memory with MemTrax can help you stay on top of your brain health. Check out our free test today and sign up for a year of tests and tracking!

MemTrax is a screening test for the detection of learning and short-term memory issues, particularly the type of memory problems that arise with aging, Mild Cognitive Impairment (MCI), dementia and Alzheimer’s disease. MemTrax was founded by Dr. Wes Ashford, who has been developing the memory testing science behind MemTrax since 1985. Dr. Ashford graduated from the University of California, Berkeley in 1970. At UCLA (1970 – 1985), he attained an M.D. (1974) and Ph.D. (1984). He trained in psychiatry (1975 – 1979) and was a founding member of the Neurobehavioral Clinic and the first Chief Resident and Associate Director (1979 – 1980) on the Geriatric Psychiatry in-patient unit. The MemTrax test is quick, easy and can be administered on the MemTrax website in less than three minutes. www.memtrax.com 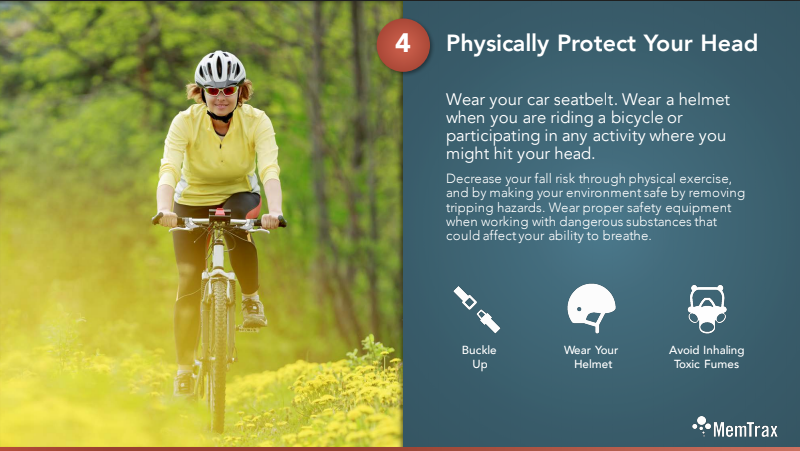