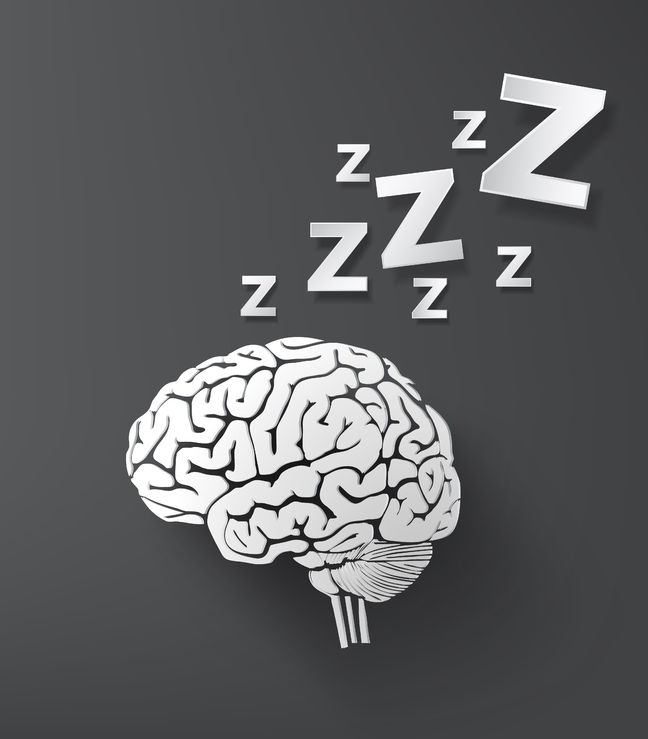 Are you getting enough sleep for your brain?

There are countless ways sleep plays an important role in our lives: it keeps us healthy, alert, less cranky and gives our bodies the break it needs after a long day. For our minds however, sleep is crucial to a strong and functioning brain.

In March, researchers at Washington University School of Medicine in St. Louis reported in JAMA Neurology that people who had disrupted sleep were more likely to have early Alzheimer’s disease, but don’t have memory or cognitive problems yet. Though sleep problems are common in those who diagnose the disease, The Sleep Foundation reports that sleep disruption may be one of the first early signs of Alzheimer’s. In this study, researchers tapped the spines of 145 volunteers who were cognitively normal when they enrolled and analyzed their spinal fluids for markers of the disease. At the end of the study, the 32 participants who had preclinical Alzheimer’s disease, showed consistent sleep problems throughout the two-week study.

In another study, at the Temple University’s School of Medicine, researchers separated mice into two groups. The first group was put on an acceptable sleep schedule while the other group was given additional light, reducing their sleep. After the eight-week study was complete, the group of mice whose sleep was impacted had significant impairment in memory and ability to learn new things. The sleep deprived group of mice also showed tangles in their brain cells. Researcher Domenico Pratico stated, “This disruption will eventually impair the brain’s ability for learning, forming new memory and other cognitive functions, and contributes to Alzheimer’s disease.”

Not all sleepless nights mean you are experiencing an early sign of Alzheimer’s, but it is important to keep track of your sleep schedule and how well you remember new facts and skills the following day. If you’re wondering how much rest you should be getting, click here to see recommended hours by age group from the Sleep Foundation.

If you find yourself having sleepless nights and Alzheimer’s runs in your family, stay on top of your mental health by taking the MemTrax Memory Test. This test will help you understand how strong your memory and cognitive retention is and will allow you to track your progress over the next year.

MemTrax is a screening test for the detection of learning and short-term memory issues, particularly the type of memory problems that arise with aging, Mild Cognitive Impairment (MCI), dementia and Alzheimer’s disease. MemTrax was founded by Dr. Wes Ashford, who has been developing the memory testing science behind MemTrax since 1985. Dr. Ashford graduated from the University of California, Berkeley in 1970. At UCLA (1970 – 1985), he attained an M.D. (1974) and Ph.D. (1984). He trained in psychiatry (1975 – 1979) and was a founding member of the Neurobehavioral Clinic and the first Chief Resident and Associate Director (1979 – 1980) on the Geriatric Psychiatry in-patient unit. The MemTrax test is quick, easy and can be administered on the MemTrax website in less than three minutes.