How does your family deal with Alzheimer’s?

Earlier this summer we featured information on Lewy Body Dementia, a disease that one of our favorite comedians was living with, Robin Williams. Now it seems that another beloved funny guy is opening up the impact Alzheimer’s has had on his family. Actor Owen Wilson recently spoke to the Dallas Morning News about his father’s diagnosis of Alzheimer’s.

During his interview, Wilson said, “You just have to do your best to deal with it. You’ve got no choice but to accept it. And then, you sort of still look for the things to be grateful for. He is at home, taken care of, and he has people around that love him.”

Like Wilson stated, the impact that Alzheimer’s disease can have on a family can be great. During The Sound of Ideas talk show, we got to hear from someone in the early stages of Alzheimer’s disease and how it was influencing their family. Joan, a woman with early on-set Alzheimer’s discussed the emotional and financial burden that was put on her husband. More information about her struggle can be found here. 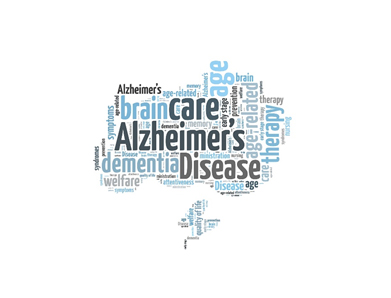 Understanding Alzheimer’s disease can help families and caregivers better deal with the devastation it can cause. Whether you are a celebrity or not, anyone can be affected by dementia. Taking the MemTrax test often can help you or someone you know track memory changes that are associated with the disease. Take a free test today.