…he was still one of the most pleasant guys any one knew… If you asked him “do you know who I am?” He would reply “I think I do!” 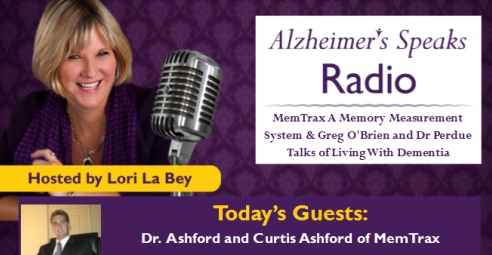 As we continue our Alzheimer’s Speaks Radio talk show discussion, Lori La Bey and Dr. Ashford, the inventor of MemTrax give their personal experiences with dealing with their parents as they digressed into Alzheimer’s disease and dementia. We learn from Dr. Ashford, an interesting health tip, that education and social interaction are very important stimulation that the brain requires to be healthy. Join us this week for an extremely personal blog post as we face the memory disease’s head on.

Yeah, it was just horrible on my mom too, she knew something was wrong. She made a 3 ring binder on how to do her job, routines became so important in different ways to adapt in terms of telling time, she was brilliant, for the stuff she maneuvered while effected by Alzheimer’s disease. One of her simple tricks was keeping the television on the same channel because then she knew by the news and by who was on, if it was lunch time, dinner time, or bed time. We didn’t know what her deal was, it had to be on channel 4, now and days they change things up so much, with programming, it would be difficult for someone to utilize that in that fashion. Back then it worked really well for her. 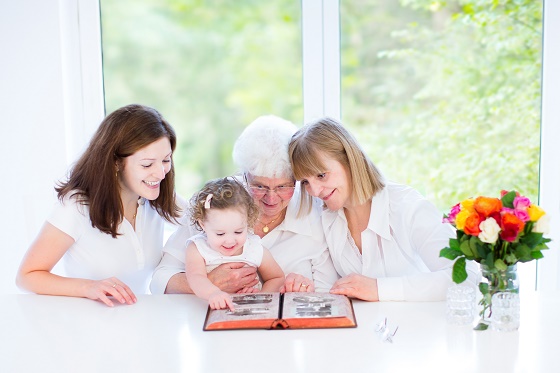 But she didn’t tell you that’s what she was doing?

Exactly. (Dr. Ashford solidifies his previous point in an earlier blog posts that some people with Alzheimer’s and dementia will not mention or draw attention to their symptoms and ailments.)

There were certain things she told us, in that was when it didn’t work anymore and she didn’t have a work around, she was absolutely brilliant at covering it up. It was amazing the things she did and I personally think the social engagement is so critical and I think that’s why she lived as long as she lived, was because in her last 4 years, she was in her end stages, there was still a connection. It wasn’t as deep and as vibrant but she was very engaged with the people who surrounded her. She was in the nursing home at that time and it was incredible, you see that spark, for me I would like to see more research done on the effects of social engagement and Alzheimer’s disease, we are starting to see some now but everything seems to be kind of pharmacy driven in terms of a cure and I think from a personal aspect I think that whole social piece is so critical in terms of how to live and how to care for somebody with it because we all know the little magic bullet [A drug cure for Alzheimer’s disease] is a ways out, if there is even going to be one or if its going to be a total change in life, I just feel the engagement piece is so vital. Do you feel the engagement piece is critical when it comes to fending off some of the symptom’s of Alzheimer’s disease at all?

I agree with you 100%. I think its extremely important, but like I said education is important, you don’t necessarily have to go to school to get educated, interacting with people, I believe social interaction, I even believe going to church is good for people [to help prevent dementia and Alzheimer’s disease], not necessarily specifically for spiritual reasons but for the tremendous amounts of support and engagements with other people that the church will offer or other social organizations will offer. 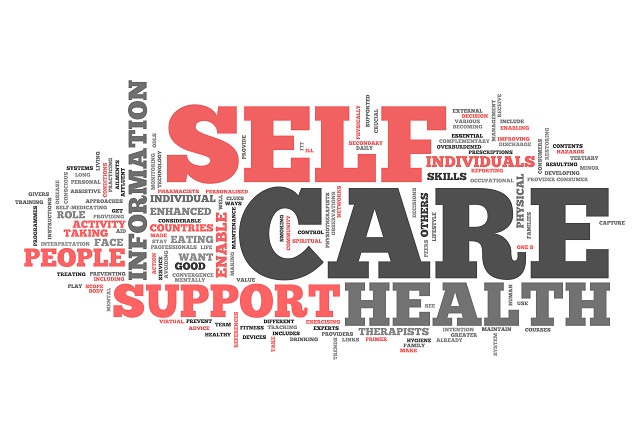 So I think that continuing these things are the sort of stimulation your brain needs, and it needs to be non stressful stimulation that’s pleasant and keeps you going. My father was extremely social and even in the last year of his life when he was in a care situation he was still one of the most pleasant guys any one knew. You would go in to see him [while afflicted with Alzheimer’s disease] and he was so glad to see you and so happy you would visit him. If you asked him “do you know who I am?” He would reply “I think I do!” He was still living a very rich life in spite of being unable to remember anybody. That was in his late 80’s he had been having those problems for about 10 years. These things go gradually, its part of life, you wont stop the aging process as I have discovered.