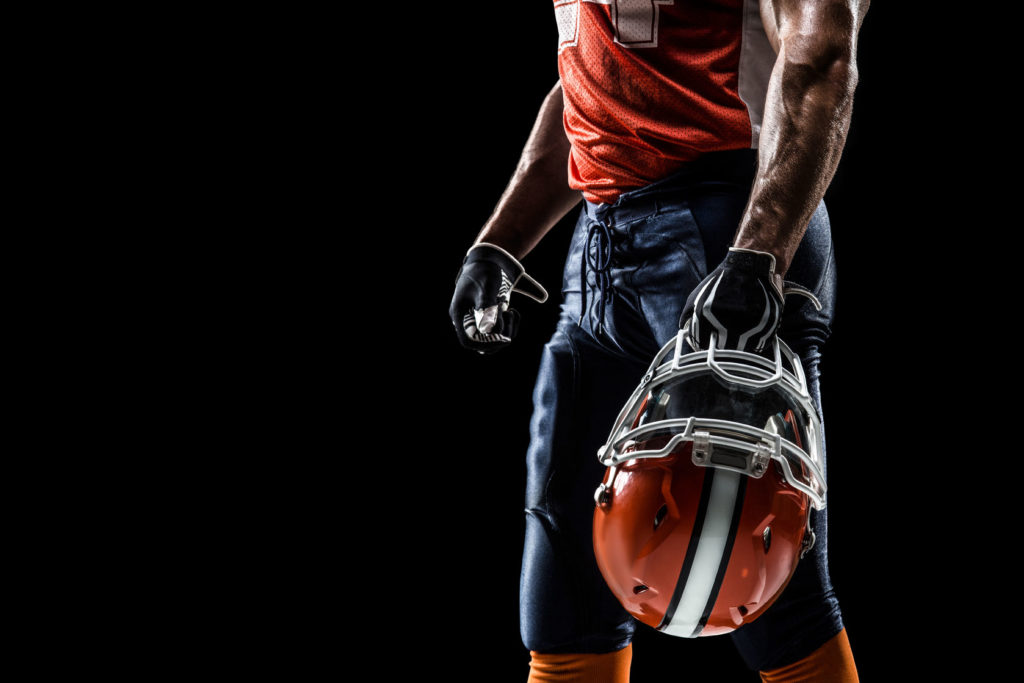 Football injuries can have a lasting impact on players’ lives.

Football is not only America’s favorite sport, but it could be our most dangerous. Last week we gave you information about risks and injuries that can result from tackles and hits including traumatic brain injury (TBI) and chronic traumatic encephalopathy (CTE), two brain injuries that can have serious lasting effects on most aspects of life, and explained why it’s important to use a tool like MemTrax regularly to track your mind’s health.

The game of football can be dangerous at all levels, not just professional. Players in college, high school and youth can experience trauma and brain injury. Keep reading to learn about the lasting effects of football injuries in young people as well as ways to make the game safer.

TBI or CTE doesn’t just come from playing in the NFL; youth and college football may be a risk to players as well. In a recent study by Boston University, they found that retired players who engaged in tackle football before the age of 12 did much worse on mental tests and exams than those who played tackle football later on in life. Those who played in high school or college and received a concussion should be aware of their minds, but shouldn’t assume the worst. Mickey Collins, M.D., the director of the Sports Medicine Concussion Program at the University of Pittsburgh Medical Center, believes if you’re experiencing symptoms, have them checked out by a doctor, but don’t let the headlines panic you.

Football is America’s favorite sport; that is probably never going to change. Since fans will be watching the game for years to come, something must be done to make the game safer, right? Here are 10 suggestions ESPN gathered to keep players safe and healthy:

1. Require players to sit out at least one game after sustaining a concussion.
2. Make mouth guards mandatory.
3. Eliminate kickoffs.
4. Require more safety equipment.
5. Partner with high schools and colleges.
6. Create a licensing board.
7. Put independent doctors on the sidelines.
8. Get retirees involved.
9. Soften the face masks.
10. Make everyone accountable.

Football is America’s most popular sport and nothing is going to get in the way of a fan’s devotion to Monday Night Football or the Super Bowl. If you played tackle football before the age of twelve, in high school, college or even professionally, your mental health could be at risk. Taking the MemTrax Test is a great way to track your own health, especially if you’ve played a contact sport and received a concussion from playing.

MemTrax is a screening test for the detection of learning and short-term memory issues, particularly the type of memory problems that arise with aging, Mild Cognitive Impairment (MCI), dementia and Alzheimer’s disease. MemTrax was founded by Dr. Wes Ashford, who has been developing the memory testing science behind MemTrax since 1985. Dr. Ashford graduated from the University of California, Berkeley in 1970. At UCLA (1970 – 1985), he attained an M.D. (1974) and Ph.D. (1984). He trained in psychiatry (1975 – 1979) and was a founding member of the Neurobehavioral Clinic and the first Chief Resident and Associate Director (1979 – 1980) on the Geriatric Psychiatry in-patient unit. The MemTrax test is quick, easy and can be administered on the MemTrax website in less than three minutes. Read this interesting post about alchohol abuse next.