Last week, in our blog post, we began our Alzheimer’s Speaks Radio interview with an introduction to Dr. Ashford, the inventor of the MemTrax test, and an overview of Lori La Bey and her history of dealing with Dementia. This week Dr. Ashford and I discuss our Grandfather who had Alzheimer’s disease and share what it was like having to experience the devastating disease. This week we will transcribe more of the interview and provide useful insight to help promote Alzheimer’s disease research and awareness.

Part 2 : Exploring the MemTrax Test and Prevalence of Dementia 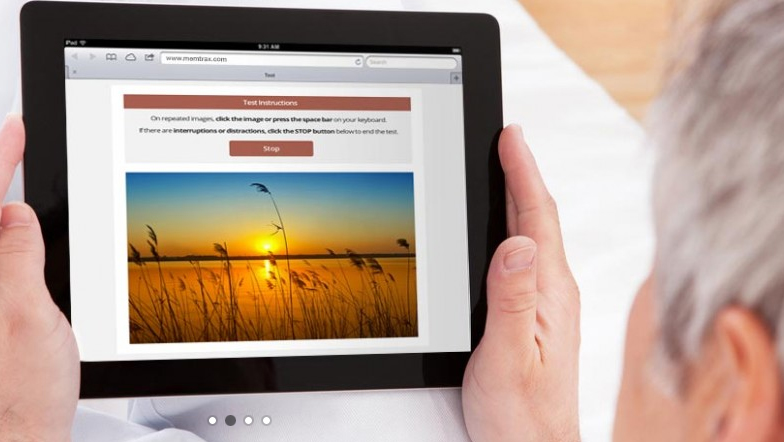 Before we get into our line of questioning I also want to introduce Curtis Ashford, who I believe is your son, and he developed an interest in cognitive testing as an undergraduate at California State University at San Jose (Silicon Valley) where he graduated in 2011. In the last 3 years he has worked closely to develop this simple screening activity to assess changes in memory using social media, computer, and internet technologies to inform and promote frequent and consistent memory assessments. Curtis is passionate about promoting early detection of memory changes that may be indicative of onset of Alzheimer’s disease or the presence of other causes of cognitive disorders. He is currently leading MemTrax in developing the cognitive assessment software with the sensitivity to evaluate the earliest of onset of memory changes and to promote early intervention before cognitive development disabilities develop. So welcome Curtis, how are you today?

Hi Lori, thank you so much for having us on today!

Well I’m just excited, I’ve heard about your company for about a year now and one of the things I want to ask both of you, I will start with Curtis here. Have you been touched personally in your family or a close friend with dementia, our audience always likes to hear if there is a personal bit.

Yes, my grandfather actually, my grandpa John had it pretty bad. I was quite young, about 14 or 15, as he started to deteriorate. I would hang out with him, and it was really sad because each time you would go back to visit he would forget a little bit more about either you or my dad or would just forget someone’s name. You could definitely pick up on it each time and you know something is going on.

Mmhm, yeah. Dr. Ashford, how about you, was that your father that had dementia or was that the other side?

No, that was my father.

My interest in this really came from a different direction, when I was at Berkeley my interest apart from all the politics was trying to live forever so I was very interested in the aging process, and how to stop it. As I studied it more and more I began to look at the brain as the master organ that controlled everything, and I figured if I was to understand the aging process I would have to understand how the brain controls aging. As time went along I realized I would not be able to stop the aging process, I would just have to live the best life I could. I was still interested in aging mechanisms and it turned out that as I looked at the population and the baby boomers, which I am a member of, getting older, there were a lot of things we could do to prevent dying; not smoke cigarettes, live healthier lives, wear our seat belts, and escape a lot of the problems that would cause you to die. But it turned out, when I studied things more and more, the most serious problem I saw looking forward was Alzheimer’s disease, and as the baby boomers age and take better care of themselves and live longer and longer the problem with Alzheimer’s disease will be the most devastating problem of the century. 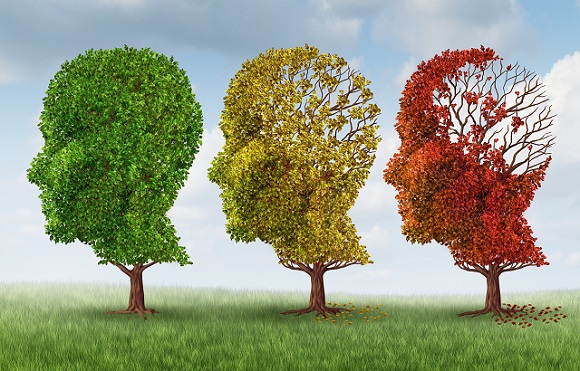 So I got interested in Alzheimer’s disease from the Public Health standpoint. In 1978, I was the first chief resident on the geriatric psychiatry unit at UCLA and started seeing that about 2 out of every 5 patients we admitted couldn’t remember something. I would ask them to remember 5 words and obviously anybody could remember these simple words, I would come back and say what were the words I asked you to remember? Then 2 out of every 5 people wouldn’t even remember that I asked them to remember 5 words, and I was like, “this does not make sense.” I had been very interested in memory already, my mentor was Professor Lissy Jarvik, who had been studying Alzheimer’s disease. So we thought about the problem. Obviously we thought Alzheimer’s disease was a heck of a lot more common than anybody realized, and we better start getting interested in what we should to do about it. We studied some of the preliminary scientific findings that had just come out that identified very specific mechanisms in the brain that had been affected by Alzheimer’s disease that involved a chemical called Acetyl-choline. So we figured out a way of trying to increase the amount of Acetyl-choline in the brain and that lead us use a drug called physostigmine which is a drug similar to current drugs used to treat Alzheimer’s disease, like donepezil (Aricept) or galantamine (Razadyne), or rivastigmine (Excelon and Excelon patch). We did that work in 1978-1979 and published it in 1981 so that was the idea of trying to treat the patients with the disease, and there was a very close similarity to using this drug and the ones used for Parkinson’s. 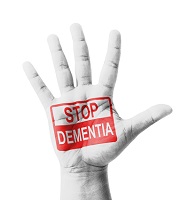 What I quickly realized was that these drugs don’t stop Alzheimer’s disease they seem to help it a little bit, but they don’t stop it. We really need to understand the disease so we can stop the disease process completely, and I still believe that that’s possible, and if we would go down the right research direction I believe we can eliminate Alzheimer’s disease entirely, but its going to take some understanding of what the process is. That’s when I went into developing the theory of neuroplasticity and how neuroplasticity is what is attacked in the brain by the Alzheimer pathology. There was just a paper that came out in the Journal called “Aging,” September 2014, by one of my friends, Dale Bredesen, who runs the Buck Institute on Aging in Northern California, and he has a paper entitled “Reversal of Cognitive Decline, A Novel Therapeutic Program,” and he is using a theory that I had developed back in 2002, that if you understand the exact mechanisms by which Alzheimer’s is attacking the brain you can change many different things in your diet and environment that may actually stop this process entirely. This is really what we want to do, we don’t want people to have their Alzheimer’s treated, we want to have it prevented. I’m happy to talk to you much more about that.

Correct. Okay, that is wonderful, I know that Alzheimer’s Disease International just came out with a big report about reducing the risk I know Mart Wortman, the Executive director, was very specific that this wasn’t a guarantee. You know all of these things they are mentioning are just good for our body as a whole but it sure as heck can’t hurt to be more proactive in terms of moving things forward.