MemTrax is a short activity designed to work as an assessment tool for dementia. Since memory problems are a major part of many medical conditions, MemTrax may assist in the early detection of memory problems, including dementia. By checking their memory, MemTrax allows people to take a proactive approach to caring for their memory health. In just three minutes, users can assess their ability to recognize repeated images and start monitoring their memory and reaction speed for any signs of trouble.

The MemTrax short term memory test was created by Dr. J Wesson Ashford, a psychiatrist and neuroscientist who has dedicated his career to understanding the way Alzheimer’s disease affects memory. Dr. Ashford is Chair of the Memory Screening Advisory Board of the Alzheimer’s Foundation of America, as well as a Senior Editor of the Journal of Alzheimer’s Disease. He also holds the positions of director of the War-Related Illness and Injury Study Center in the VA Palo Alto Health Care System and clinical professor (affiliated) of Psychiatry and Behavioral Sciences at Stanford University.

Dr. Ashford’s medical career began at the University of California, Los Angeles (UCLA), where he attained both an M.D. and a Ph. D. The research he conducted on massive parallel information processing in the cerebral cortex made a major contribution to the understanding of brain memory storage, his PhD dissertation being honored as a finalist for the prestigious Lindsley Prize in Behavioral Neuroscience in 1984. Dr. Ashford was the first to propose the leading theories on how Alzheimer’s disease affects neuroplasticity in the brain and basic memory mechanisms.

After leaving UCLA, Dr. Ashford held several professorial positions at other universities, where he continued to explore the effects of aging on memory, including several studies on brain imaging and a histopathology study showing for the first time how Alzheimer’s disease destroys memory (1998). His research focused on improving the tools used to measure memory loss in Alzheimer’s disease, and included examination of individual test items used to assess dementia patients, and the development of a Time-Index method allowing the progress of the dementia caused by Alzheimer’s disease to be monitored precisely.

Dr. Ashford continues this work today as a Senior Research Scientist at the Stanford/VA Aging Clinical Research Center, where he is developing better tools for detecting and measuring Alzheimer’s disease. Together with his wife and son, he has also created this website to enable access to his own memory assessment tool, MemTrax. 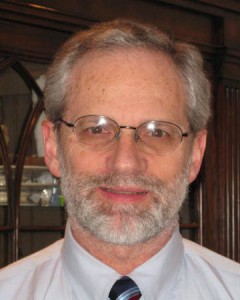 The early process of developing MemTrax was initiated in the 1980s in response to Dr. Ashford’s recognition of a dire need for a better way to evaluate memory loss in dementia and Alzheimer’s disease. Dr. Ashford’s work in the middle 1990s showed that the memory impairment of early Alzheimer’s disease can be projected to begin at least 10 years before a clinical diagnosis of dementia can be made. The ability to screen people so these problems can be recognized and treated or at least managed at an early stage could help people to keep their memories for a longer time.As a brain test for dementia, MemTrax fulfills this need by providing a fun, simple tool to measure memory loss in a quantifiable way that can be monitored to provide insight into when memory is changing over time.

Research has played an important role in the creation of MemTrax. Dr Ashford conducted an extensive study of more than 1000 participants, which showed that performance on the MemTrax short term memory tetst was associated with age associated with age and could reveal indications of possible Mild Cognitive Impairment (MCI), dementia, or Alzheimer’s disease (2011). Further rigorous testing has proven its accuracy and reliability.

Two additional studies, the MEDIAG Early Diagnosis of Memory Disorders Study and the MemTrax Cognitive Assessment Reliability Study are currently in progress, gathering more evidence supporting the use of this memory screening test in the early detection of memory problems, particularly those significant indicators of early dementia that increase with age.