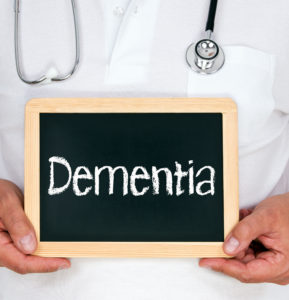 What do you know about Lewy Body Dementia?

It has been just over a year since Robin Williams suddenly passed and a recent interview with his widow, Susan Williams, has re-opened the conversation of Alzheimer’s and Lewy Body Dementia. Over 1.4 million American’s are affected with Lewy Body Dementia and this disease is often misdiagnosed and misunderstood by medical professionals, patients and their loved ones. From the Lewy Body Dementia Association, here are 5 things you should know about the disease.

The other form of degenerative dementia that is more common than LBD is Alzheimer’s disease. LBD is an overall term for dementia associated with the presence of Lewy bodies (abnormal deposits of a protein called alpha-synuclein) in the brain.

All medications prescribed for LBD are approved for a course of treatment for symptoms related to other diseases such as Alzheimer’s disease and Parkinson’s disease with dementia and offer symptomatic benefits for cognitive, movement and behavioral problems.

For those affected and their families, Lewy Body Dementia can be confusing and frusterating. With so many patients misdiagnosed, early detection is critical. To help better keep track of your own mental health, take a MemTrax memory test throughout the year to monitor your memory and retention abilities. Come back next time for 5 more important facts to know about Lewy Body Dementia.